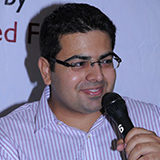 Ahmed Faiyaz is the bestselling author of Love, Life & All That Jazz…, Another Chance, Scammed and the editor of the Urban Shots anthologies. He was born and raised in Bengaluru. Apart from being a passionate writer, he dabbles with film-making and travels to lesser-known destinations to better understand life and the times we live in. He lives and works in Dubai, with his two boys and their tabby cat named, Bob. 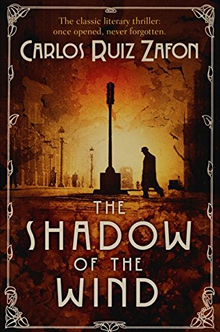 Set in post war Barcelona, in 1911, Daniel’s father, a book dealer initiates him into a members only secret club where a treasure trove of rare books are preserved, and he gets to chose and keep one book. Daniel picks The Shadow of the Wind by Julian Carax. As Daniel learns more about Julian Carax, secrets begin to unravel and he is hunted by someone who has been carefully destroying copies of Julian Carax’s books. What is the mystery behind Julian Carax and why did he disappear from Barcelona? Who is Nuria Manfort and what does she have to do with The Shadow of the Wind? What does Penelope have to do with Carax’s disappearance? Why is mysterious man threatening Daniel to get rid of the book? And why is the loathed Inspector Fumero hot on his tail? Who is the eccentric Fermin Romero de Torres and how is he entangled in this riveting tale of doomed love, tyranny and murder? Read this incredible, spell binding journey into ruins, labyrinth, pebbled streets and haunted mansions of Barcelona which are vividly brought to life. 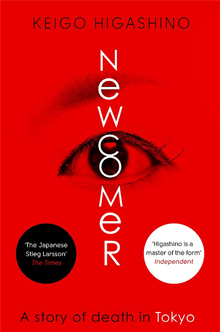 Newcomer is a gripping murder mystery novel which takes you back to the classical narrative style in Agatha Christie or Sherlock Holmes novels where the uncovering of little details reveals a lot. A middle aged divorcee, Mineko Mitsui has been murdered in a Tokyo neighbourhood, and detective sergeant, Kyochiro Kaga, who has just moved to the precinct begins investigating the neighbourhood for clues. Who is the mysterious Ms. Mitsui? What relationship did the various neighbouring shops have to do with her death? Was there something in her past that led to her murder? Who had a real motive to kill her?

A book readers’ blog which features recommendations based on the mood of the reader, rather than standard searches based on what you read last.